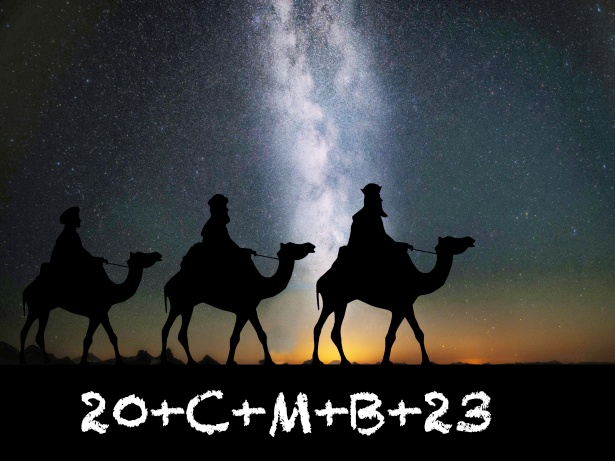 The Blessing of a Home on Epiphany

The lintel inscription is made using blessed chalk. It consists of the first two digits of the year, followed by the the letters “CMB” and the last two digits of the year. Each component is separated by a cross, which invokes the protection of the Precious Blood of Christ. The letters are the first initials of the three Magi: Caspar, Melchior, and Balthasar, and they also stand for the Latin phrase “Christus mansionem benedicat” which means “May Christ bless the house”. The house is typically blessed by the head of the household with the family gathered around.

V: The Lord be with you

R: And with your spirit

V: A reading from the Gospel of John.

V: In the beginning was the Word, and the Word was with God, and the Word was God. He was in the beginning with God. All things came to be through him, and without him nothing came to be. What came to be through him was life, and this life was the light of the human race; the light shines in the darkness, and the darkness has not overcome it. A man named John was sent from God. He came for testimony, to testify to the light, so that all might believe through him. He was not the light, but came to testify to the light. The true light, which enlightens everyone, was coming into the world. He was in the world, and the world came to be through him, but the world did not know him. He came to what was his own, but his own people did not accept him. But to those who did accept him he gave power to become children of God, to those who believe in his name, who were born not by natural generation nor by human choice nor by a man’s decision but of God. And the Word became flesh and made his dwelling among us, and we saw his glory, the glory as of the Father’s only Son, full of grace and truth.

The Gospel of the Lord

All: Our Father, who art in Heaven…

V: O God, who on this day and by virtue of a star leading the way didst reveal Thine only-begotten Son to the Gentiles: mercifully grant that we who know Thee now by faith may be led all the way up to a contemplation of the beauty of Thy Highness. We ask this through the same Christ Our Lord, Amen.

Our help is in the name of the Lord.

R: Who made heaven and earth.

Almighty God, incline your ear. Bless us and all who are gathered here. Send your holy angel who will defend us and fill with grace all who dwell here.

The head of the household then sprinkles the interior of the home with Epiphany water or holy water. 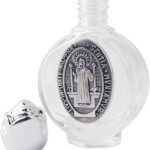